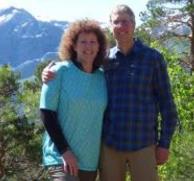 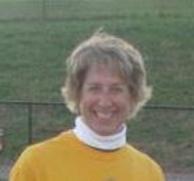 Tina and Jeff Billings serve as our Children's and Youth Ministry Directors.

His full name is Aloysius Snuffleupagus, although his friends call him Snuffy. He is eternally 4 and a half years old,[1] and celebrates his birthday on August 19. Snuffy's best friend is Big Bird, whom he affectionately calls "Bird." His favorite foods are cabbage and spaghetti. In the fifth season premiere, he revealed that he also drinks sassafras tea. He has a little sister named Alice and a friend named Rosalyn.

Mr. Snuffleupagus first appeared on Sesame Street in episode 0276, the third season premiere. When he first appeared, many of the adults assumed that he was Big Bird's imaginary friend, due to a series of coincidences and near-miss encounters that continually kept Snuffleupaguses and humans apart. Big Bird would often try to find ways for Snuffy to meet the adults, but something would always cause Snuffy to leave before the humans could see him.

Pastor Timothy Amos Funk was born and raised in the Chambersburg area and accepted Christ at a revival service at his home church, St. John’s United Methodist Church, when he was ten years old. His father pastored the church. About 3 years later, Pastor Tim received the call to ministry. At age 18 he answered the calling, and attend Messiah College (class of ’83) and Wesley Theological Seminary (Class of ’88) to prepare for the future God laid out for him. Since then, he has served UM Churches in Potomac, Maryland, Catawissa, Felton, Carlisle and Red Lion, PA. His ordination as an Elder took place in 1990. His wife, Sharon and him have been married for 38 years and have two grown children, a daughter, Rebekkah, and a son, Jesse. Pastor Tim enjoys auto racing (drag racing, sprints and NASCAR) and walking the Gettysburg Battlefield. and most of all, he loves to fish, especially for smallmouth bass in Canada and the Susquehanna River from his kayak or my boat. Pastor Tim is looking forward to hearing the stories of how God has been at work in your life and to help you discover the next steps the Lord has for Fawn Grove UMC. 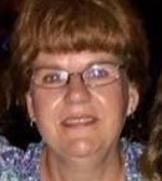 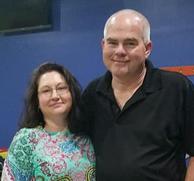 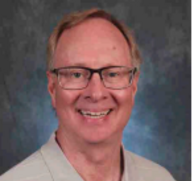 Connie Richardson serves as our organist for our 11 a.m. service. 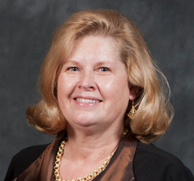 Beverly Whiteford was baptized at Fawn United Methodist Church and has many fond memories of Sunday School, Church Choir and other church activities throughout her life.  Recognizing the importance of the church and the community in her life, Bev leads the Connect Ministry to encourage interaction and friendship among all people that God leads through our doors.  She truly feels that God has given every person a special gift to share and is truly blessed to feel the love of God in her life.

Mike Wernig is a husband and father of four who has lived in this area for most of is life. He has found Fawn Church to be a wonderful place to worship the Lord, learn, grow and deepen his relationship with Jesus. Life has it challenges and Mike will tell you that following and walking with the creator of the universe is essential for navigating through and enjoying life. Mike and his wife Laura have taught children and adult Sunday school and Mike plays guitar in the Fawn praise band. Through participating in these ministries he has met so many wonderful friends that he is very thankful for. Mike works as a mechanical engineer and has a small farm in Delta, PA. Mike enjoys the outdoors when not working and can often be found hiking, running, backpacking or cruising across the bay on his kite board.

Laura Wernig has been married for over 30 years to her husband Michael and they have four children.  Laura resides in Delta, PA.  She enjoys traveling to new places and started backpacking a few years ago with her husband.  It’s a challenging way to travel, but rewarding in its views and grandeur. Laura has placed her faith and trust in Jesus Christ as Lord and Savior.  Growing closer in relationship to Christ through Scripture, prayer, worship, and fellowship with other believers has been a blessing and a joy.  The people of Fawn Church were very much part of the pathway that helped lead her into a relationship with Jesus.  She will forever be grateful for that.  Laura loves reading and studying the Scriptures.  She currently facilitates an adult Sunday school class at Fawn church with her husband and helps with projection at worship.