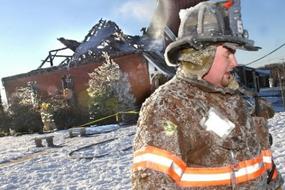 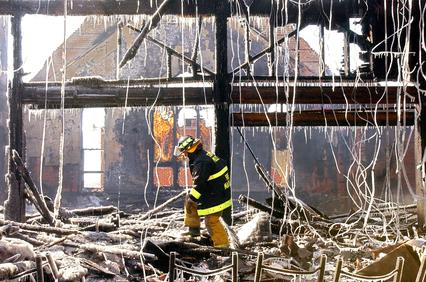 In 1864, the Methodist Protestant Circuit Rider, James Francis Whiteside, arrived at the community which is now known as Fawn Grove, Pennsylvania. Driving to the home of

William Channel, the only Methodist Protestant family in the area, Rev. Whiteside was

given food, fellowship, and lodging. Rev. Whiteside, after refreshing himself, made plans

to conduct a "woods meeting" south of the small community at a place called "The Village Camp". Expectantly, the crowds gathered to hear the "glorious Gospel" proclaimed by the preacher.

Souls were won and the seed of the Methodist Protestant was firmly planted. A meeting of the townspeople was held to decide a place to erect a suitable edifice for public worship. Early settlers of the community were Scotchish and members of the local Friends Church (Quakers), which is located just up the street from the Methodist building. By 1865, the chapel was under construction. The brick for the building was burned from clay dug about one-half mile west of Fawn Grove on the McElwain farm. The farm is now owned by the South Eastern School District on which Kennard-Dale High School, the South Eastern Middle School, and Fawn Elementary School are located. The land on which the chapel was erected was given by Dr. John A. Hawkins. The Rev. Whiteside died before the building was completed, so in honor of his memory and labor, the chapel was named for him.

In 1876, when the Rev. William Litsinger became pastor, residents decided that the chapel should be named. Due to the fact that deer were numerous and there was a large grove of trees, one suggested that the settlement be called Fawn Gove. In 1877, the name of the chapel was changed to Fawn Grove Methodist Protestant Church.

In 1903, a camp meeting was held and the members of the church were soon busy building a temporary tabernacle seating more than 500 people. Evangelistic meetings were held and at the close of these meetings, The Quarterly Conference elected a building committee to make plans for the erection of a larger place of worship. This committee was W.R. Webb, N. A. Manifold, B. F. Morris, and A. J. Webb. Six thousand dollars had to be secured before they could make any plans. At this time, Rev. McLain Brown was pastor. He was succeeded by Rev. Louis A. Bennett, 1904-1905, during whose pastorate thepresent brick sanctuary was completed and dedicated on June 4, 1905.

The material for the new church came from many places. The bricks were purchased in York, Pennsylvania and were shipped by rail to Muddy Creek Forks and then were hauled by wagon to Fawn Grove. The slate on the roof was secured from the Delta quarries, the metal ceiling and painting of the ceiling was done by a firm from Philadelphia. The architect was Mr. Dice of Glen Rock and the woodwork was done by a firm in Glen Rock. The bell was purchased in Baltimore and the church pews were shipped from Michigan. Much of the work was done by members and friends of the church. While the church was being built, the services were held at the fairground building, which was destroyed by fire in 1986, and at the old academy located on what is now property of Jean Wade.

The church at this time, with its furnishings, was valued at $30,000. In the year 1912, the new parsonage, valued at $5,000 was built. The former parsonage is the house immediately north of the present parsonage. Dr. Thomas Woodford came to Fawn Grove in 1913 and was the first minister to occupy the new parsonage.

In 1995, Fawn United Methodist Church added a multi-purpose addition at the cost of $550,000. With this addition, the congregation looks with vision, hope and prayer to the new millennium. In March 2005 the sanctuary was completely destroyed by fire. Building committees were formed to gather ideas to decide how the church should be rebuilt.  On December 2, 2007 our new sanctuary was dedicated in a special worship service! 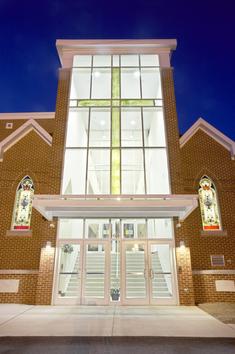 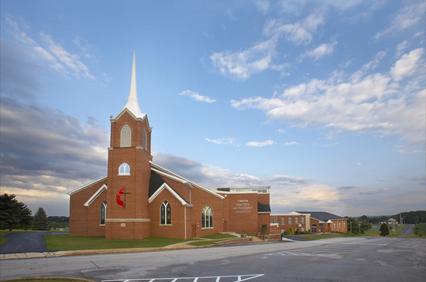